Extension of Driving Privileges for Tourists

Important note. We are not asking for donations for this petition, we only need signatures. Any donations made will go to Change.org.

We have received a lot of questions regarding the driver’s license for tourists who are currently in Costa Rica.

The travel restrictions enacted worldwide to prevent the spread of the COVID 19 virus, resulted in thousands of people being stranded worldwide. In the case of Costa Rica, many tourists decided to remain in Costa Rica as it appeared to be safer than returning home where perhaps the virus spread more aggressively.

The Costa Rican Government issued an extension to the tourist visa for foreign nationals to remain the country during the crisis. Many of these people cannot drive as their driving privileges expires 90 days upon arrival to the country. Unfortunately, there is misinformation around in the web indicating that the visa extension automatically extends the driving privileges while that is not the case. Until the government issues an official decree indicating that driving privileges are extended, people will be exposed to fines if driving over their 90 day allowed period.

On March 24, our Managing Attorney Irene Brenes Akerman reached the Department of Transportation (COSEVI) to no avail. On April 14th the department of transportation replied stating that the current laws and regulations regarding driver’s licenses for foreigners remain the same. You can find the COSEVI response here.

We have created a petition in Change.org to ask the president to please extend the driving privileges to the tourist who are currently in the country.  In the past, we made a similar petition for people with residency applications pending. Unfortunately, we did not succeed that time.

This time, we will try once again the petition but we will forward it directly to President Carlos Alvarado. While we cannot guarantee success on this matter, we know that the more people who sign the petition, the better case we will have for the President.

Please bear in mind, that even if you are a tourist, you are protected under the Costa Rican Constitution, which is the reason why the government extended the tourist visas. The Immigration Department and President Alvarado would not have extended the tourist visas if foreigners would not have some level of protections and guarantees under the Constitution. Signing this petition as a tourist will not jeopardize your legal status in Costa Rica. If you are under the process to obtain residency in Costa Rica, signing this petition will not jeopardize your application for residency. The worst scenario would be for the President to just ignore the petition it or reject the petition. We gotta give it a shot.

The petition is drafted in Spanish, as it is the official language, and it has been created in Change.org. Below you can find the version in English for your review.

We will appreciate your support with signing the petition. You can do so by clicking here. 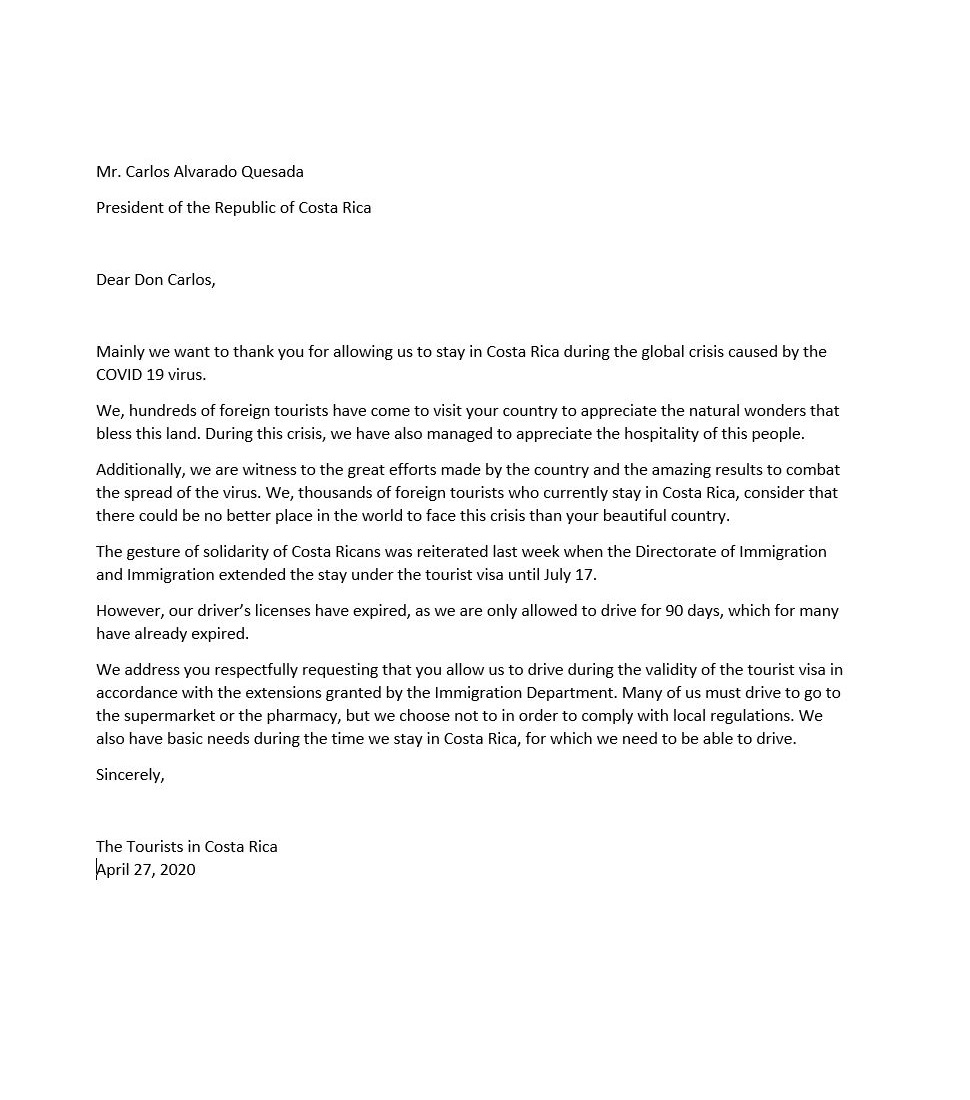 Government announces new measures to the operation of the country 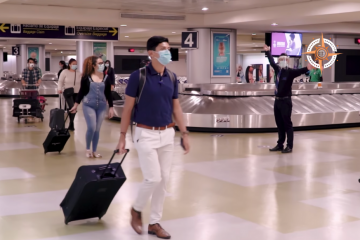 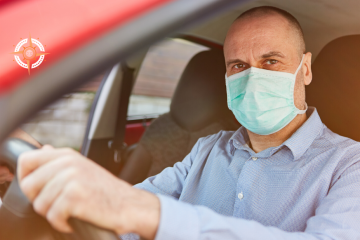 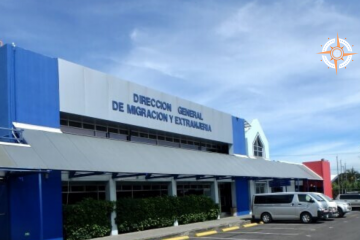 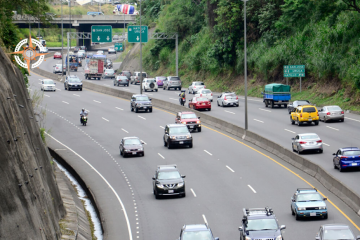 Extension of Driving Privileges for Tourists