I like being an attorney. After so many years of law school and hard work (I would not say hard work, I think school was easy for me, but oh well) I can say that I have a good education. According to Hobbes, knowledge is power. Knowledge gives me power, but the best part; it gives me power to help.

People reach me because they need help, and I try to help everyone in any way I can. Like everything in life, lawyering is a challenge. There are good days and there are bad days, there are people who you can help, sometimes there are people that you let down. Nevertheless, the whole experience of being part of someone else’s life is very fulfilling. Hearing the excitement in the voice when someone is making plans to move to Costa Rica, the smiles of the people when they buy a new house they will call home, witnessing the tenacity when a new entrepreneur opens a new business, giving security to family when drafting a will, all of these are intimate moments that people allow me to be a part of and that I really enjoy. One of those fantastic intimate moments is when people get married.

I like doing weddings. As a notary public, the law allows me to officiate wedding ceremonies. There is a lot to be said about the institution of marriage, but I will leave that for another installment. For now, let’s just focus on the implications of being married in Costa Rica.

I am married, and I love my wife. She is the best person I know, she has the endurance, resilience, and stamina to tolerate me, and she is an amazing cook. We met on St. Patrick’s day at a bar in Buffalo in 2010. In July, I moved in to her home after she broke her right thumb after watching the final world cup soccer match. That month, we decided to move to Costa Rica, and in December of that same year, we were driving into Mexico with the US in our rearview mirror.

It took me a while to get my bearings in Costa Rica after being many years in the States. I went back to school to get another degree, and drove my parents’ taxi in San José while looking for a job. After several long 12-16 hours days driving the taxi I was able to get a job at an international immigration law firm located in Escazú. Driving the taxi was a fascinating experience, I met a lot of people, and everyone has a story to tell, but this job at the law firm was very exciting and promising. I got the job! Things were going very well, I got a promotion and salary raise within three months. I was coordinating all the applications for residency in Argentina, Chile and Uruguay and Colombia. I had to travel and within six months they offer to transfer me to Argentina and manage an office there. Live changes so quickly!  Within a year and half, I met the love of my life, we abandoned our carriers in the US, sold Dawn’s house, drove to Costa Rica, drove a taxi, got a new master’s degree, was moving to Argentina; and yes, got married.

Dawn and I got married on 11/11/2011, we did it at the Town Hall in Bocas del Toro in Panama. My employer told me that they needed to move me to Argentina quickly. Thus, Dawn and I needed to get married quickly. We wanted it to be special, with the short little time, we planned to spend a weekend in Panama and arranged to get married there. Getting married was a no brainer, we get along very well and at that point we had made future plans already, but what prompted the wedding was our relocation to Argentina. My employer would not relocate Dawn with me to Argentina unless we were married.

In my line of work, I see a lot of people getting married (among many other very legitimate reasons) because it may be required to do so for immigration purposes. It does not necessarily mean that people get married for the sole purpose to obtain an immigration benefit, nor does it mean that it is sham marriage. I found that a lot of Argentinean and Chilean couples make a life together, buy a house and have children, but do not get married. I have known a significant number of couples who have been living together for several years, even decades, and decide to move only when they need to move abroad. Some of our clients have gone through this process, and I am the one who officiates the wedding ceremony.

How to Get Married in Costa Rica?

Currently, Costa Rica does not allow same sex marriage, so it is only possible to marry people of the opposite sex, who are single and over 18 years of age. Minors require the consent of their parents.

Only three types of people can officiate a wedding ceremony, a catholic priest, a notary public, or a civil judge. While the judge can only officiate the weeding at the court house and the priest at the church, the notary public can do the ceremony anywhere. So, for those planning on getting married at the beach, at the forest, at the park, at home, at a hotel, or any other place, they will need to hire a notary public.

The fees to use a notary public for a wedding vary between $200 and $600 USD. I do not know the difference between a notary public who charges $200 and another who charges $600, but those are the prices I have seen around. You will only need an ID, it could either be a Costa Rican ID or your own passport. In addition, it is required to have a couple of witnesses. Once the wedding ceremony is completed, the notary public has eight days to send the marriage certificate to the Civil Registry, which in turn takes one to two weeks to record the marriage.

If you are planning on going back to your home country after getting married in Costa Rica, you should inquire with your local records registry about the requirements to record a foreign marriage there. What I can tell you is that you will need to bring with you an authenticated marriage certificate from Costa Rica. The type of authentication will depend on whether your home country is member of the Apostille Convention. For a list of countries member of the apostille convention you can click here.

The primary point of concern for people who are getting married is what happens to their assets. Do preexisting assets become marital property? What happens when one of the spouses dies? What happens if they get divorced?

Probate proceedings is a whole other subject, but we will review it briefly here. When one of the spouses dies, and there is no will, the surviving spouse is entitled to 50% of the assets of the decedent spouse. If there are no other heirs, children, siblings, parents, etcetera, then the entire estate goes to the surviving spouse. If there is a will and testament, needless to say, the assets will be distributed according to the provisions of the will. Doing a will is a must. The last thing you want to do is leave a mess to your surviving spouse and any other heirs. There are two types of probate proceedings in Costa Rica, the judicial proceeding and the notarial proceeding. The former is to be completed in a civil court and should only be used if there is controversy between heirs contesting the will or if there is no will; this procedure takes many years. The latter is done with a notary public when the heirs agree with the distribution of the assets, whether there is a will or not, it is more expedited as it can be completed in months and not years. The best suggestion here is to always do a will.

According to the law, each spouse is entitled to 50% of the assets of the other spouse. A recurring question we encounter is whether the other spouse is entitled to keep all of the assets in the event of divorce. As noted, spouses are only entitled to 50% of the assets acquired during marriage, but some people are concerned and have heard stories of Tico spouses taking all of the assets in a divorce proceeding. This is not common. To be frank, most of the times that I see this happening is when a man of advanced age gets involved with a very young woman, and perhaps, she does not work and gives birth to two children, then they get divorced and she sues for marital property, child support and alimony. That is not an ideal situation, but it is not very common either. Those men with a middle age crisis and dating a 20 year old should understand the quid pro quo inherent in these situations. If your spouse is financially dependent on you, you will need to continue providing financial support through alimony after a divorce, that is unless you do a prenuptial agreement where your spouse resigns to any alimony. Nevertheless, if you have children in common,  you will still be financially responsible for those children. Child support is non negotiable in a prenuptial agreement as Costa Rican family has determined that child support is a right for children and not a privilege for the parents to renounce.

The best suggestion I can give to people planning on getting married is to be transparent with each other, talk about what you want to do with your assets, and plan accordingly. If you do not feel comfortable talking with your significant other about these issues, then perhaps you are not ready to get married. 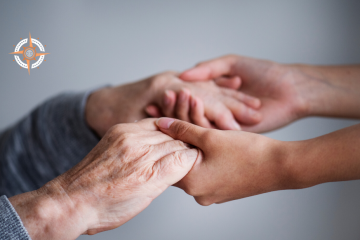 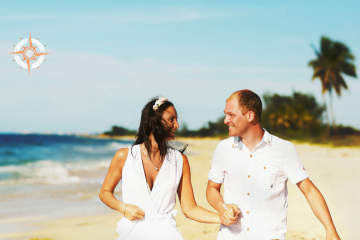 How To Get Married in Costa Rica? 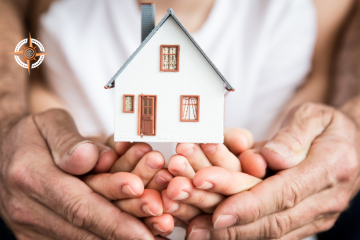