GATO (ga-to) And now, the time has come to talk about one of those strikingly polysemic words Costa Ricans have -and use- in a variety of situations. Chances are, if you do speak Spanish, even at a 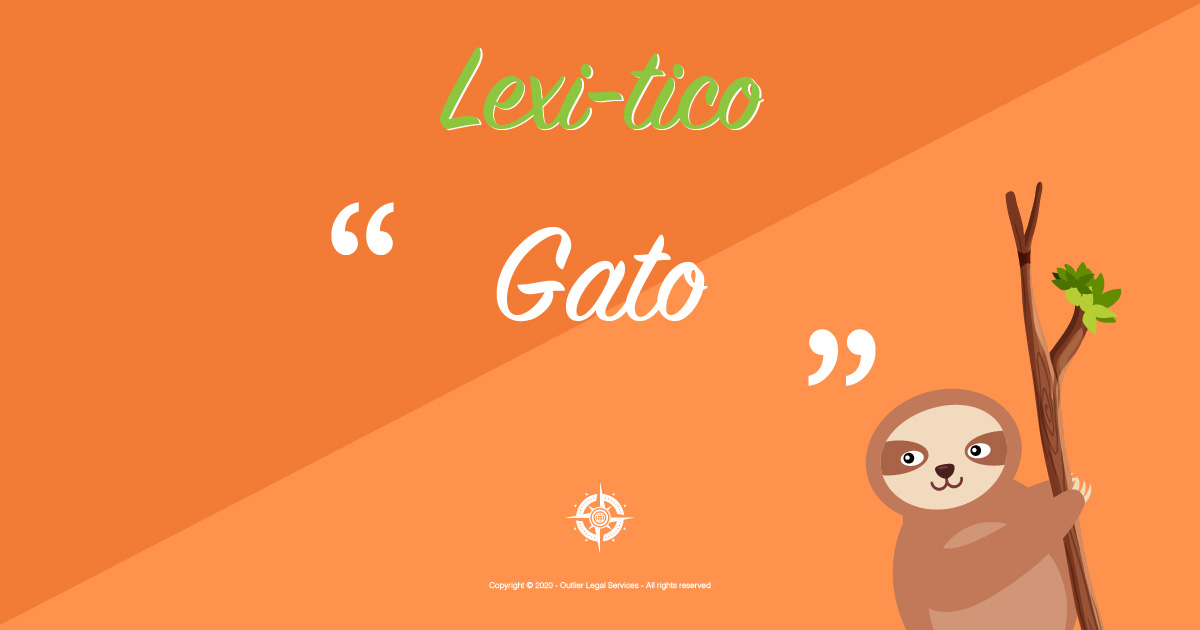 And now, the time has come to talk about one of those strikingly polysemic words Costa Ricans have -and use- in a variety of situations. Chances are, if you do speak Spanish, even at a beginner level, that this word is probably one of the first one hundred you ever learned. I mean, at any rate, it is the name of a very well-known animal, right? Exactly, “gato” translates as “cat”.

Now, did you know that this noun is not only used to refer to a member of the cat family, but has recently been paralleled into a different part of speech, namely, an adjective. Yes, matter of fact is that, especially with people under 50, “gato” is used as an adjective to describe someone who is really good or skillful at something, with “gato” describing a (skillful) male person, and “gata” a skillful female. My wild guess here would be that the noun evolved into an adjective probably because of that tremendous physical ability most cats have, and that whoever came up with the comparison thought this should not be limited -but extended- to encompass other (human) skills and abilities.

But that is not all “gato” stands for al over Tiquicia… Also used as an adjective, the word “gato” is synonymous to the color green or blue, but not always, only when referring to someone’s eye color.  And, of course, we have another noun, that is to say, the “el gato mecánico”, also called “la gata” (jack) used in every single mechanic shop. And, last but not least, Costa Ricans also “juegan gato”, i.e. they play tic tac toe!!! It’s the beauty of language.