After several months of heated discussions, a new set of regulations pertaining to land division in Costa Rica were introduced on September 14th. In order to understand the background of this situation, I will offer a 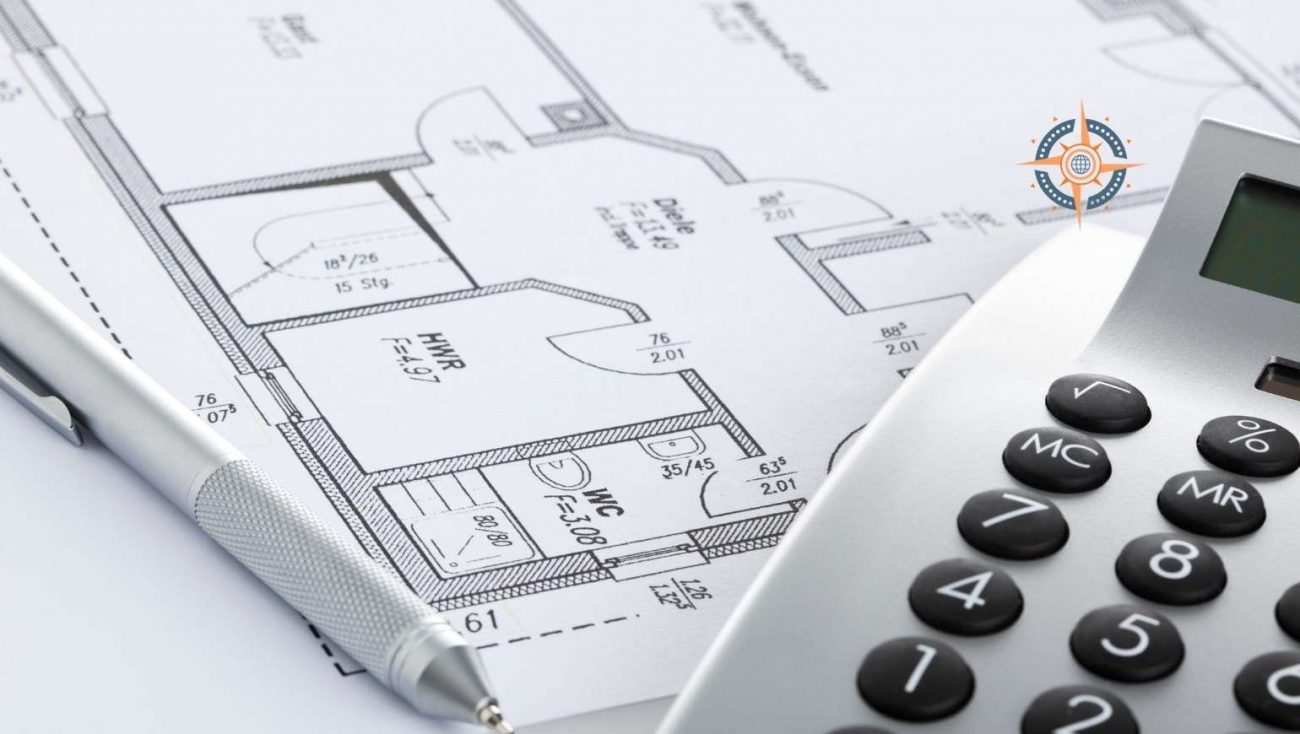 After several months of heated discussions, a new set of regulations pertaining to land division in Costa Rica were introduced on September 14th. In order to understand the background of this situation, I will offer a brief recap of how land division has been regulated in Costa Rica over the years.

According to the Costa Rican Constitution, private property is inviolable (or “impregnable”). This means that, in principle, the law grants the holder of the right of ownership a series of prerogatives that allow him/her to execute the right freely and fully. However, and according to the same Constitution, this power has certain limitations that may be brought about by a “legally proven public interest.”

That last aspect manifests itself in different ways, and the one that is most relevant to the topic at hand relates to another constitutional right: the right to enjoy a healthy and ecologically balanced environment.

One of the ways to achieve that is through well-planned urban development. The problem here is that this has not always been successfully carried out and, instead, issues have been left unresolved for decades.

On this point, it is necessary to mention one law in particular: the Law of Urban Planning, first issued back in 1968. The essential objective of this law was to ensure the security, comfort and general well-being of the communities that were in the midst of urban development back then, but the law was soon neglected.

Given these circumstances, an alternative rose shortly thereafter: to regulate through what are commonly known as “zoning  plans.” A zoning plan is, in layman’s term, a document that comprises a set of regulations that define the policy of local development as well as the projection of population distribution, use of land, roads, utility services, and such. These plans have to be issued by each corresponding municipality, since those are the governmental dependencies that are in charge of regulating all the aspects that pertain their jurisdictions. A good regulating plan must cover certain basic aspects, such as: urban zone division, road management, urban division and construction, among others. However, this posed another issue.

In an attempt to solve this, the Instituto Nacional de Viviendas y Urbanismo (“National Housing and Urbanism Institute”) issued a series of regulations that, in principle, were supposed to be temporary, but ended up being applied widely across time, including the Regulations for the National Control of Divisions and Urbanizations (in force since 1983 and recently superseded by extensive reform).

Now, why is it that reforming those regulations proved so polemical? Basically, there were certain proposals that supposed a jarring scenario for many of the parties involved.

One of them (perhaps the one that drew the most criticism) was that, if a land was to be divided for urbanization purposes, and the segregation resulted in seven smaller lots, the “visado” (which is an endorsement seal that the municipality grants whenever a land division complies with the urban regulations of that area) would be granted but, from a hypothetical 8th lot onwards, the owner of that land would have to yield 10% of the total area of the property to the corresponding municipality so that the municipality might develop public works like parks, sidewalks, utility services, among others.

This drew criticism mostly because, as stated before, the inviolability of private property is usually thought of as the foundation of peaceful coexistence in society; the aforementioned 10% was therefore seen as a seizure and an affront to that principle. Since urban developers already have the obligation to yield 10% to the municipalities, this rule would not affect them; it would, nevertheless, affect any other owner that, through necessity, would have to segregate his/her property (even if the owner did not have a commercial purpose in mind).

Truth be told, a person could choose to divide his/her property into eight or more smaller lots for any reason whatsoever (to leave to their children, or to sell some of them, etcetera) because that is one of the manifestations of the free exercise of the right of ownership under the Costa Rican Constitution, and the reasons behind the property division should not be all that relevant to government policy.

Moreover, criticism also derived from the fact that it would be possible for municipalities to receive randomly distributed portions of land (located wherever someone decided to segregate and not following a coherent or consistent plan based on where it would be best for the municipality to receive and handle a portion of land for public works). Chances are this would have resulted in a municipality receiving, for instance, a randomly located 120-square-meter lot here, and another 90-square-meter lot there, and so forth. This would not be practical if the municipality was planning to erect a fire station, a library, a park, or a recycling center, for example.

We could go on and on about what this reform has entailed but, for now, here is a small chart that includes some of the main differences between the original proposal and the final, confirmed proposal. 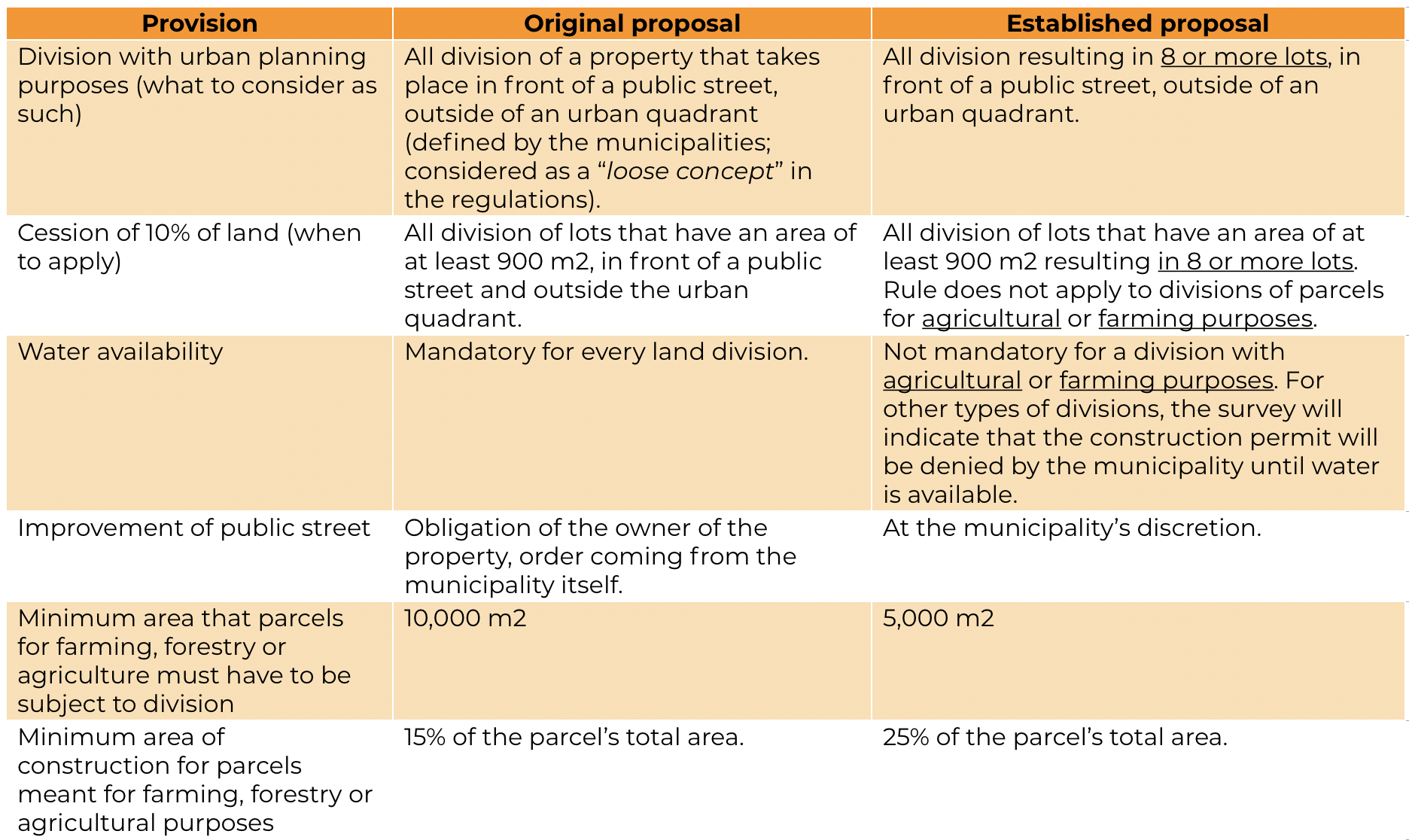 As you may notice, this is yet another effort from the government aimed to regularize (and therefore organize) the urban development of the country, something that, at least as of today, has supposed an ordeal. As it was stated before, these regulations were subdued to heated discussions that lasted for several months; in the end, many of the parties involved expressed their satisfaction towards the final result.

Despite the criticism that was briefly mentioned just a few lines back, it is clear that changes such like allowing the opportunity of farming parcels to be segregated starting from an area of 5,000 square meters (and not 10,000 square meters, like it was once originally proposed) are intended to reactivate the economy, something that is crucial for the country given the circumstances that have been hovering around during the past few months. Additionally, the new regulations are intended to guide those municipalities that still do not have a proper zoning plan issued.

Of course, this all will suppose an effort from attorneys, topographers, municipalities and other institutions involved. As for the success of these new regulations, time only knows. 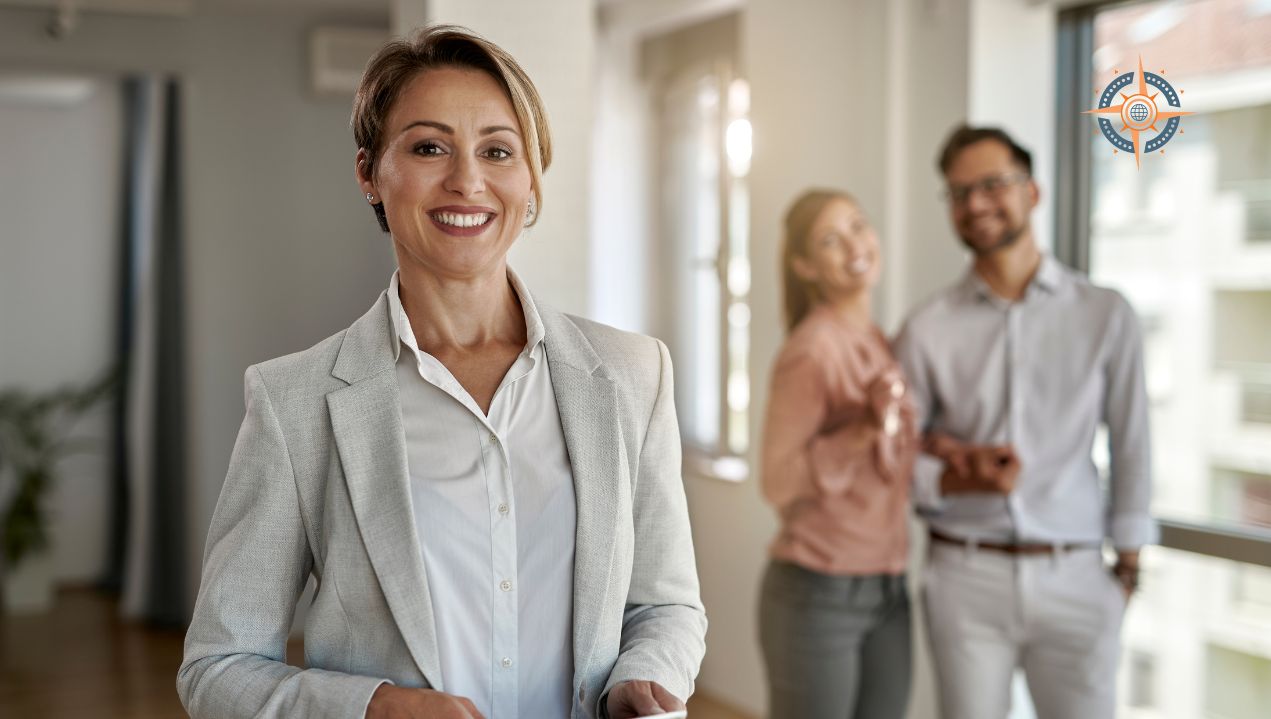 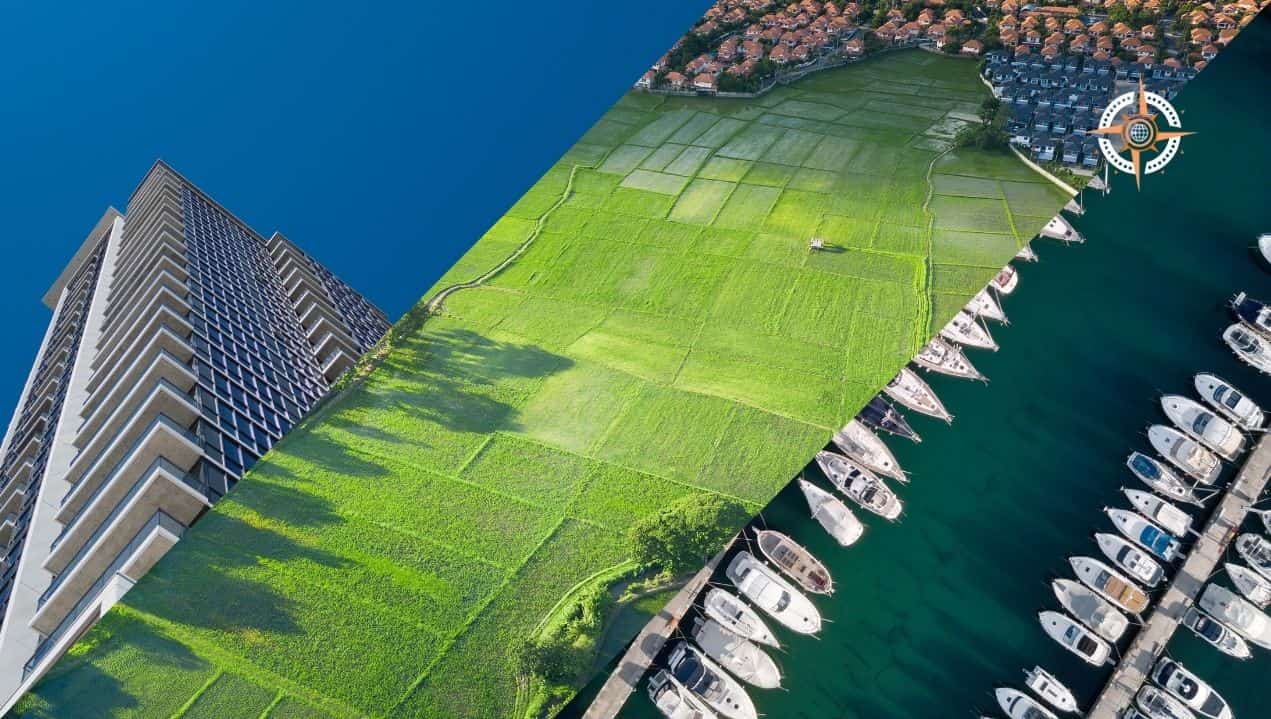